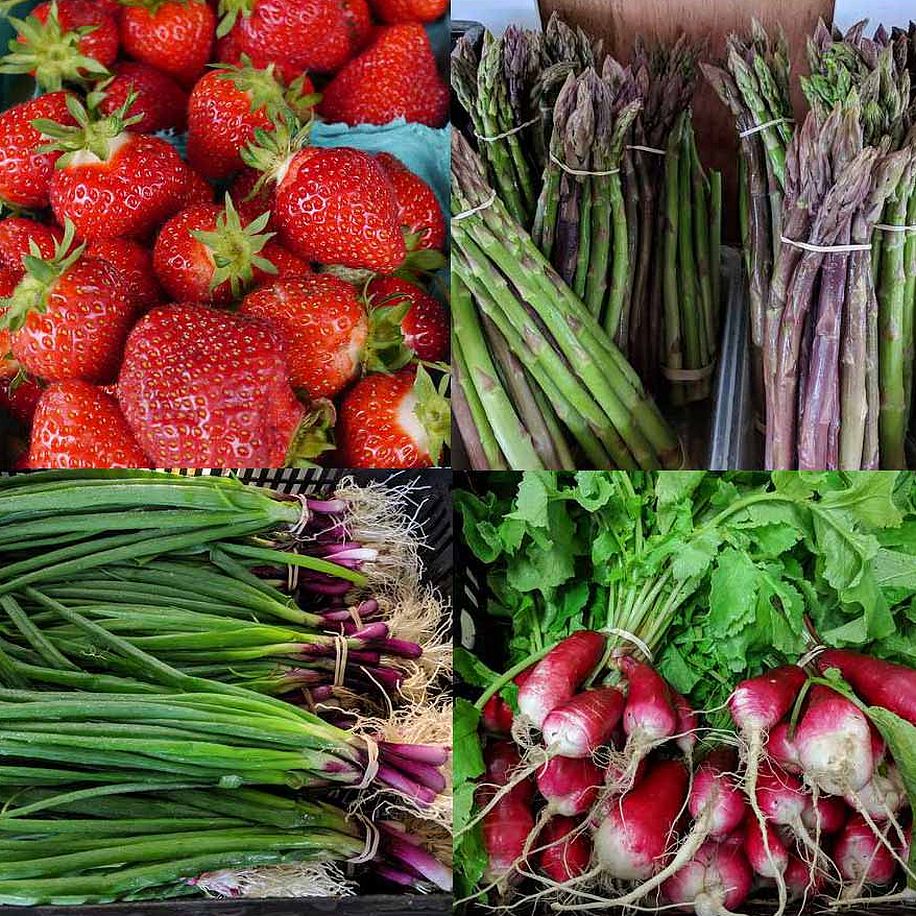 We recently sailed the Cross Sound Ferry (longislandferry.com) from New London, Connecticut, to Orient Point on the North Fork of New York's Long Island to sip and nibble our way through an agricultural region we don't visit often enough. If you look at a map, you'll see that the landmass logically belongs with southern New England instead of New York. It's all part of the glacial moraine—the deposit of sand and gravel that marks the southern extent of the last glaciers about 15,000 years ago. A lot of silt has settled over that gritty base, and the warm currents of Long Island Sound help make the North Fork into prime farm country just 80 miles east of Manhattan. In 1988, the area was designated as...Read More 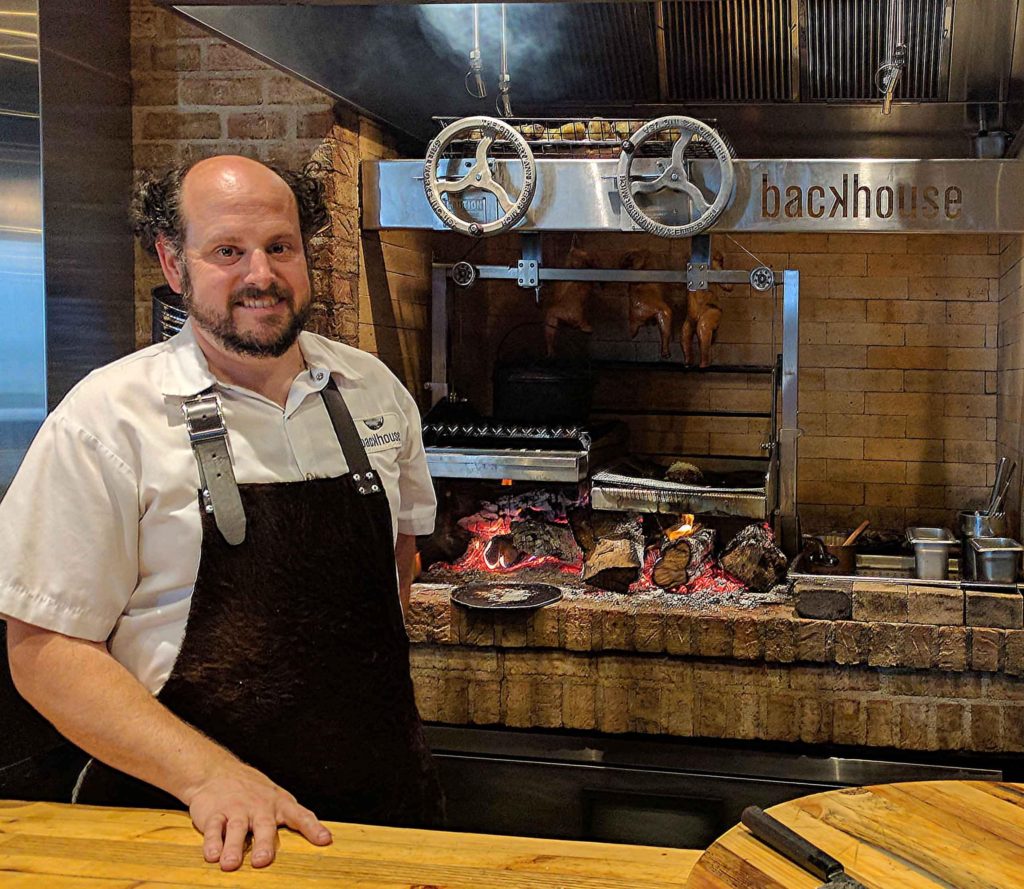 Too bad the great French gourmand Christian Millau didn't live long enough to visit Ryan and Bev Campbell's Backhouse in Niagara-on-the-Lake (242 Mary St.; 289-272-1242; backhouse.xyz). In 1968, Millau revolutionized the way the French (and, given the era, the world) regarded haute cuisine when he announced that he had discovered “the best restaurant in the world” in the provincial town of Roanne. He might have said something similar had he discovered this grill-centric, hyper-locavore restaurant in a shopping strip at the edge of this Lake Ontario resort village. “Best restaurant in the world” is hyperbole, of course. But the comparison to Les Frères Troisgros is more than fair. Backhouse serves brilliant food far from the metropolitan restaurant scene. Asador Etxebarri in the small village of...Read More 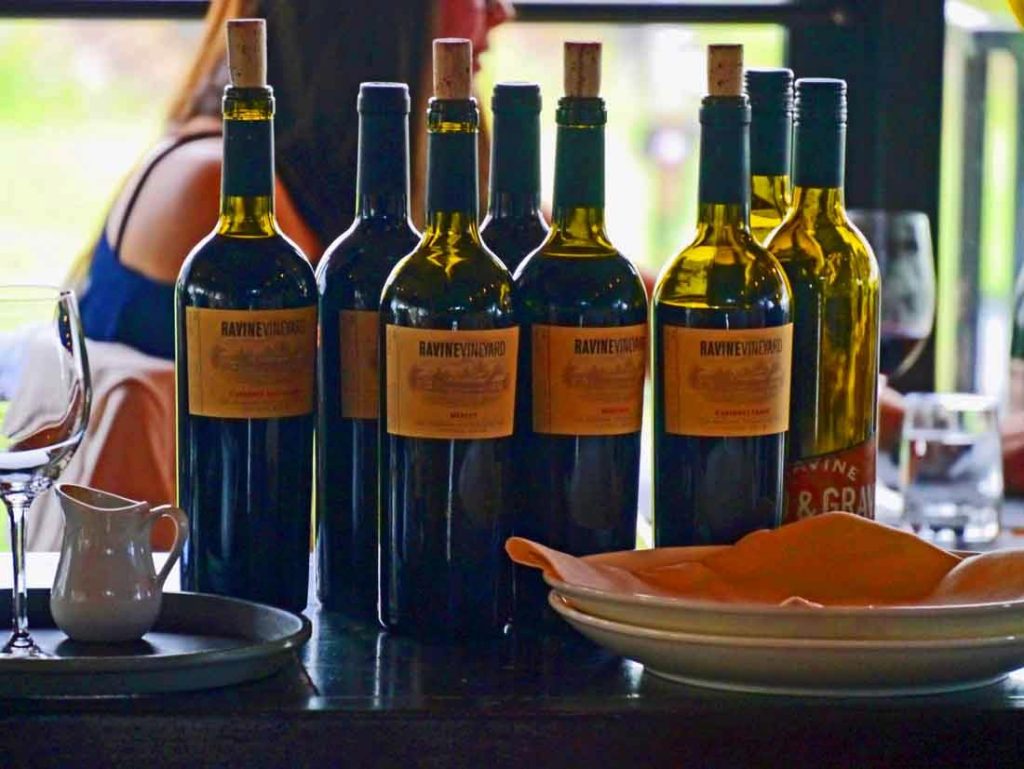 Norma Jean Lowery Harber's family has farmed the 34 acres of Ravine Vineyard Estate (ravinevineyard.com) in St. Davids since 1867. Indeed, her great-grandfather planted the Niagara region's first commercial vineyard here in 1869 and the land was in orchards for many decades. Norma Jean and her husband Blair Harber bought the farm from the rest of the family in 2004. They set about creating organic vineyards and an organic winery. Norma Jean's father had grown wine grapes, and the couple replanted vineyards to focus on the three classic Bordeaux reds (Merlot, Cabernet Sauvignon, and Cabernet Franc) along with Chardonnay, Riesling, and small amounts of Gewürtztraminer. The wines are reason enough reason to visit Ravine. As luck had it, we missed the tasting room hours. But...Read More
Grapes may rule the Niagara Peninsula today. But peach farmers were the first to recognize the potential of the rich soils of the limestone escarpment. When they planted peach orchards in 1825, they set the area on its agricultural path. By 1950, the Niagara Peninsula boasted more than 4,000 fruit farms, with peaches and cherries the dominant crops. Many former orchards have been transformed to vineyards. But Niagara still supplies about 90 percent of Ontario's peaches, plums, nectarines, and apricots—as well as the lion's share of plums, pears, and cherries. That's according to the Ontario Ministry of Agriculture, Food and Rural Affairs, the agency charged with paying attention to such things. The folks in the area seem to keep an equally close eye. They wait...Read More
We went for the wine, but we stayed for the food. Serious winemaking with vinifera grapes began in the Niagara Peninsula in 1975. When we last visited about 15 years ago, Niagara icewines were world class and table wines were making tremendous strides. An Ontario wine dinner in Toronto last fall (hungrytravelers.com/ontario-wine-country-becomes-world-player) convinced us that Niagara has matured as an important producer of good wines. So in late May we packed up the car and drove across Massachusetts and upstate New York. We spent a week exploring this bucolic peninsula that sits about an hour's drive east of Toronto. Most of the wineries lie in a band of soils and climatic conditions between the limestone ridge of the Niagara escarpment and the south shore of...Read More
Here in the United States, January 20 is National Cheese Lover's Day. We're not really certain how this designation originated but there's no doubt that we Americans have a genuine affection for the food. According to the U.S. Department of Agriculture, each American consumed about 35 pounds of cheese in 2015. (That's the most recent year for which statistics are available.) And that figure is way up from a little over 14 pounds per person in 1975. That's certainly a lot of cheese love. But Americans still have a long way to go to catch up with the French. They consumed more than 59 pounds of cheese per person in 2015, according to the Canadian Dairy Information Centre, which tracks global cheese consumption. That's the...Read More
We've written about the beautiful Venetian city of Treviso as a center for Prosecco DOC and the birthplace of tiramisù, but it's also home to one of our favorite winter vegetables. Radicchio Rosso di Treviso IGP is the blanched winter chicory indigenous to the region. Treviso radicchio generally comes in elongated, slightly pointy, tightly packed heads. But as Lucio Torresan of Park Farm (actually, Azienda Agricola Tenuta al Parco) shows above, field-grown radicchio looks little like the market product. Those big red and green weeds he's holding “are so bitter that even the goats won't eat them.” When Torresan and his workers get done with the field-grown plants, though, they will be tender and sweet, with just a slight residual bitterness. Magic in the dark...Read More
Exploring the Cannonau wine country means spending at least a few days in the mountains of Sardinia. That's hardly a hardship. The scenery is beautiful and aromas of the Mediterranean scrub hang in the air. This macchia Mediterranea, as it's called, consists of myrtle and strawberry trees with an undergrowth of yellow-flowered gorse and mastic, a shrub that bleeds a gummy sap. In the heat of the Sardinian sun, they smell like a resinous cache of rosemary, bay, and wild thyme. Stands of cork oak and groves of evergreen holm oaks punctuate patches of machhia. Sheep graze in the few open meadows. Pigs forage for acorns in the oak forest. One of the simpler lodgings I experienced was a farmhouse just outside Oliena. Agriturismo Camisadu...Read More
Chatham Bars Inn stays Cape Cod's gastronomic top dog because it grows its own food in Brewster on the north side of the Cape. The entire operation covers eight acres. Crops grow on four acres, with about a third of the crops in massive hothouses. “It's tricky to grow on Cape Cod,” says farm manager Josh Schiff. “The weather is unpredictable and the soil is poor.” As a result, the farm grows some of its most temperature-sensitive crops inside greenhouses, including a forest of tomatoes that fruit from May into December. “We start everything from seed,” Schiff explains.“We grow tomatoes and lettuce in compost with hydroponic irrigation.” More sprawling crops, such as cucumber, summer and winter squashes, and pumpkins spread across plowed fields. The farm...Read More

LEON Happy Curries is a dual transplant. It highli