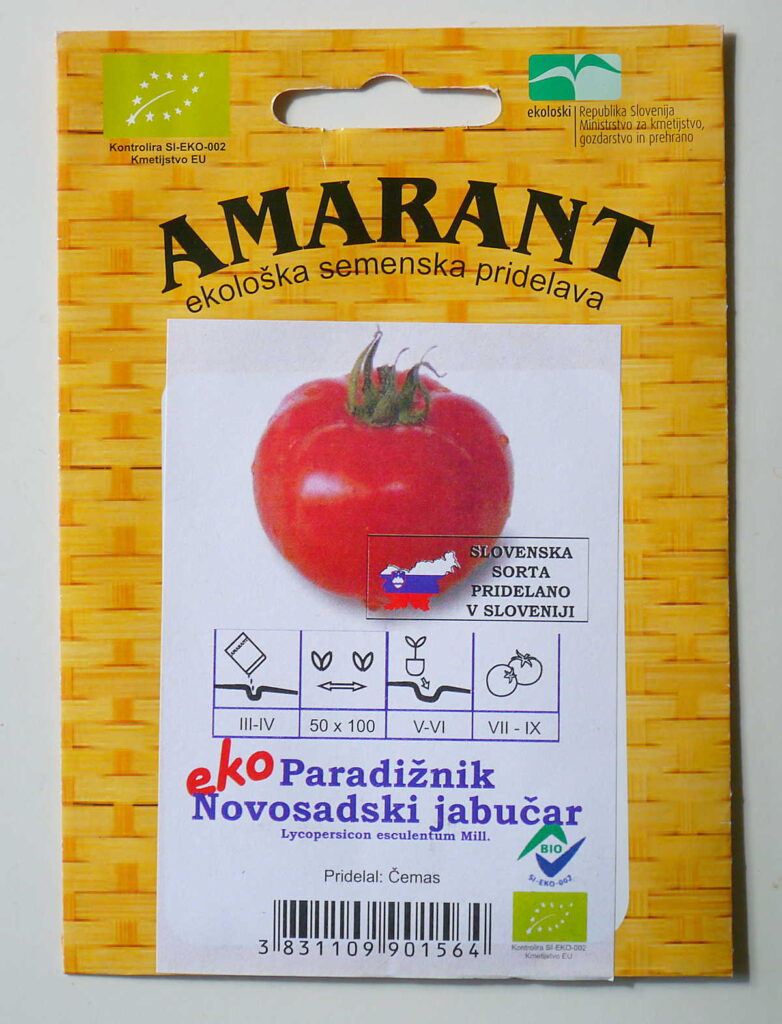 At the cusp of March and April in this pandemic year of 2020, it's time to face the future. We are still four to five weeks away from the last frost here in Zone 6 (Cambridge, Massachusetts). And although we are being told that the incidence of illness will only continue to climb for the next few weeks, it's time to plant. The rhythms of the seasons are oblivious to human care. The new moon arrived last week, so I began to chart the summer garden. On the previous new moon I planted basil. Nurtured in a cold stairwell under a glass skylight, the sprouts turned into seedlings and have grown tough and sturdy under the adversity of cool temperatures. In my urban apartment building,...Read More 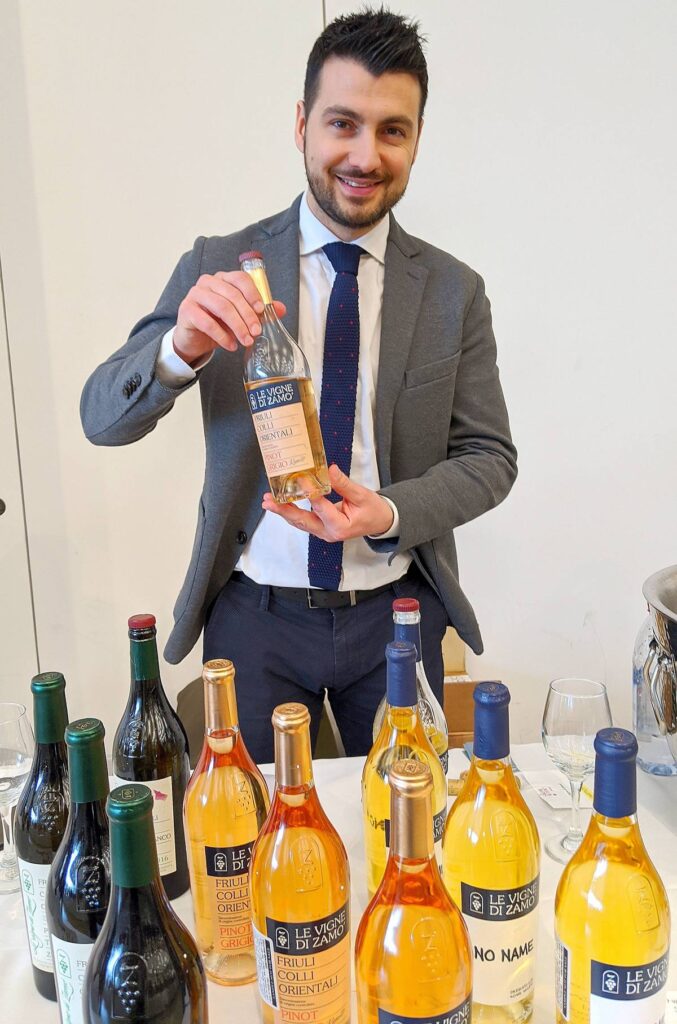 The news from Italy, especially in the north, is nothing short of horrific. So quickly has the COVID-19 pandemic moved that everything was transformed in a manner of weeks. As I write this post in mid-March, it's hard to believe that just three weeks ago (February 25), a few hundred representatives of mostly northern Italian wineries were in Boston for the annual Slow Wine presentation. That's the irrepressible Roberto Bava of Cocchi (cocchi.it) in the Piedmont at the top of the post. Italy has seen such horrors before. The Decamaron by Giovanni Boccaccio is one of the foundational books of Italian literature. The frame story is set in the summer of 1348 as the bubonic plague was ravaging Europe. Three young men and seven young...Read More 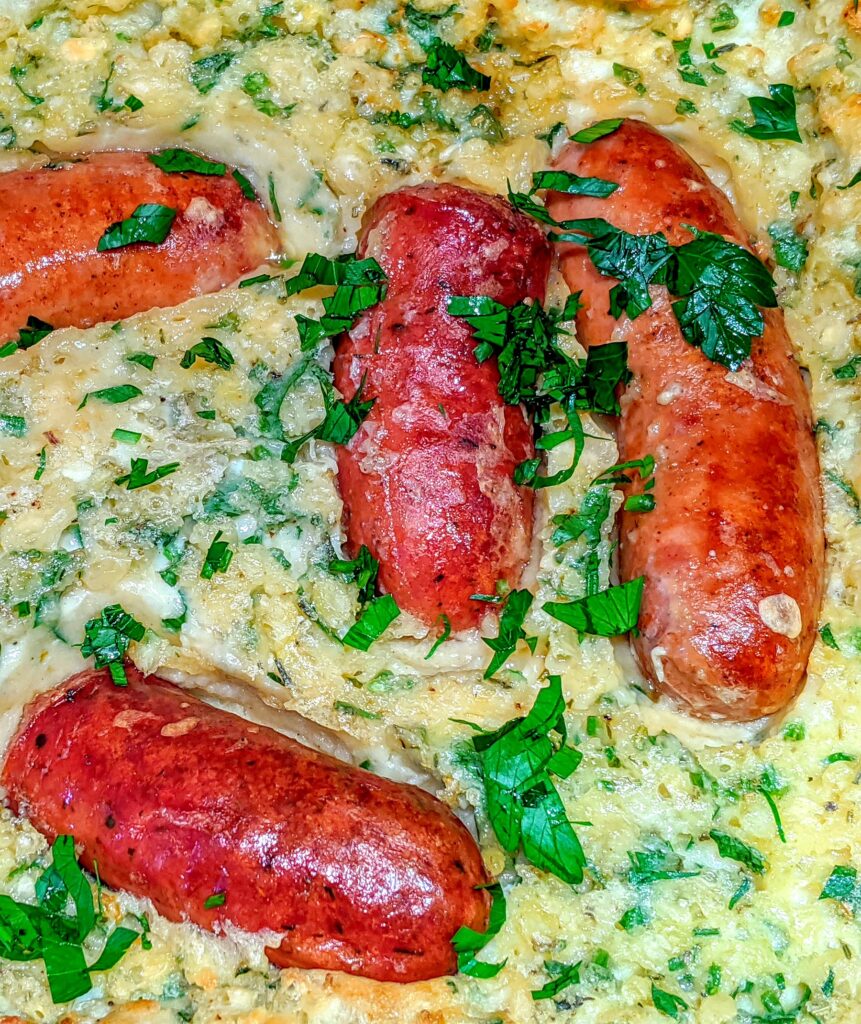 We've never been fans of corned beef and cabbage or, for that matter of green beer—the two principal food and drink ways Americans mark St. Patrick's Day. Nor will we be in Ireland for the holiday, given the travel restrictions. Even Boston's Drop Kick Murphys will play their annual St. Patrick's Day concert online instead of in person. Here's the link for the live concert on March 17 at 7pm Boston, 4pm Pacific Coast, 11pm London, 12am Berlin, or 10am in Sydney: www.dropkickmurphys.com/2020/03/14/streaming-up-from-boston-free-st-patricks-day-live-stream/ That's all a prelude to telling you about the newest cookbook from Ireland's culinary queen, the redoubtable Darina Allen. She runs the Ballymaloe Cookery school and is Ireland's leading proponent of the Slow Food movement. She might have single-handedly brought Irish cooking...Read More 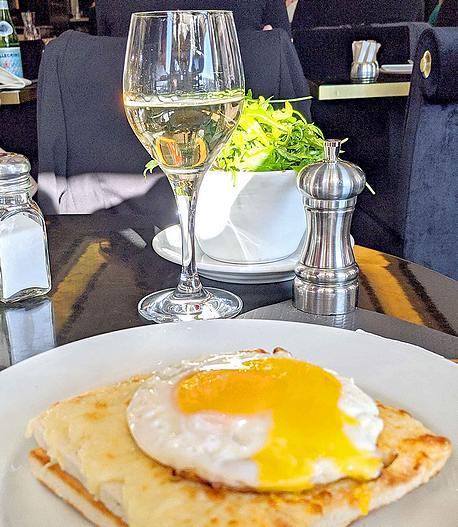 We didn't eat at any creative new restaurants on our recent trip to Paris. But we weren't disappointed. This wasn't that kind of trip. We went for the Paris sales and decided to save our euros for our purchases. We limited meals to somewhat casual establishments, grabbed breakfast on the go at a pâtisserie, indulged once a day in a modest bistro meal, and made lunch or dinner a hot-to-go option. The humble classics of French casual cuisine never let us down and never left us hungry. One of our standbys is the kind of croque monsieur shown at the top of the post. Is there anything more honest? It's little more than a slice each of ham and cheese—either Emmenthal or Comté—between thin slices...Read More 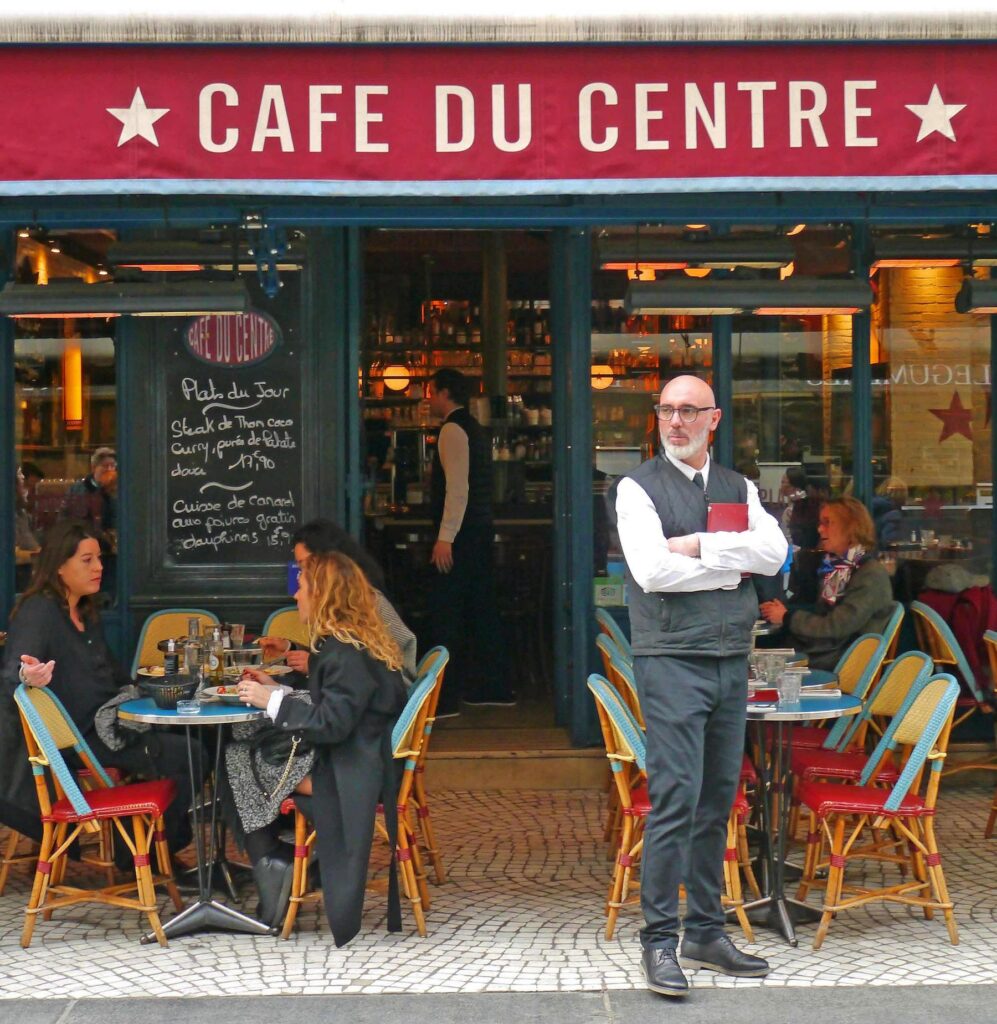 In Paris this winter, we visited Saint-Eustache as consolation for the closure of Notre-Dame cathedral. With its soaring spaces and grandest pipe organ in Paris, Saint-Eustache (saint-eustache.org/) provided a real spiritual uplift. Although the church's present structure dates mainly from the 16th century, part of the plan was loosely modeled on the 12th-13th century French Gothic cathedral—a hint of glory by association. Saint-Eustache was originally the parish church of the market district, known as Les Halles since medieval times. When Paris moved the central fresh market to the suburbs in 1971, many people viewed the destruction of the old market buildings as a crime against the spirit of the city. One of the side altars in Saint-Eustache memorialized the loss in a mass of statuary...Read More 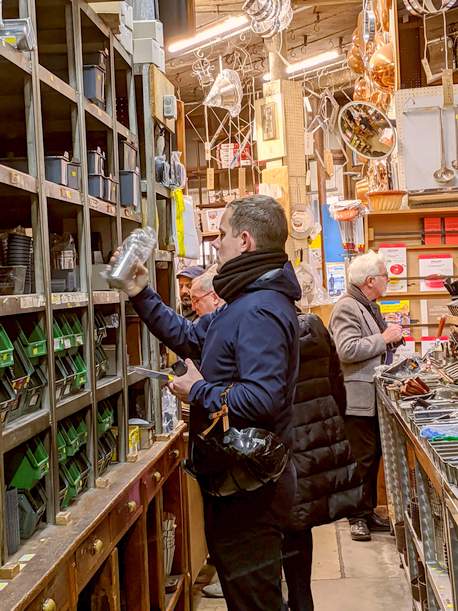 When it comes to making food, the right tools make all the difference. A dull knife, a thin pot with hot spots, and trying to make do with a microwave when you really need a conventional oven are the kind of inconveniences that keep Grubhub and DoorDash in business. To cook with enthusiasm and joy is much easier with the proper batterie de cuisine, as the French call the arsenal of kitchen utensils, pots, and pans. And, let's face it, dinner tastes better when eaten on something other than paper plates and plastic cups. So save some extra room in your checked bag the next time you visit Paris. Two shops within steps of each other in the former Les Halles district of Paris sell...Read More 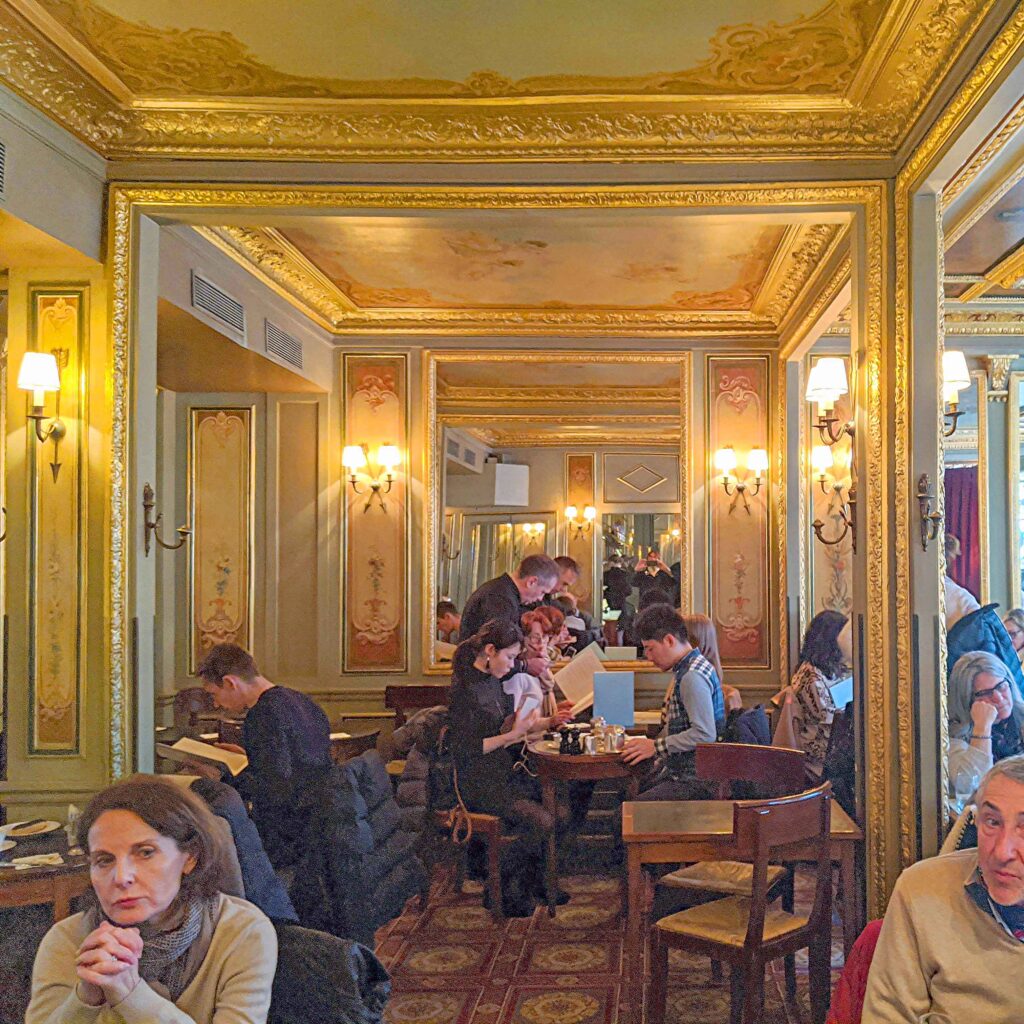 We were happy to go to the Paris sales in January and early February because the climate there is notably milder than our home in Cambridge, Massachusetts. But winter is still winter, and cold rain and mist can be even more chilling than drifting snow. While tramping all over the city (the transit strike had slowed the Metro), it was nice to duck in for something warm. True, there was an enterprising vendor near the north side of Notre-Dame who sold cups of vin chaud to go. But drinking mulled wine from a plastic cup on a crowded sidewalk turned out not to be quite as warming as we hoped. So we explored a few salons de thé, the undisputed queen of hot chocolate shops,...Read More 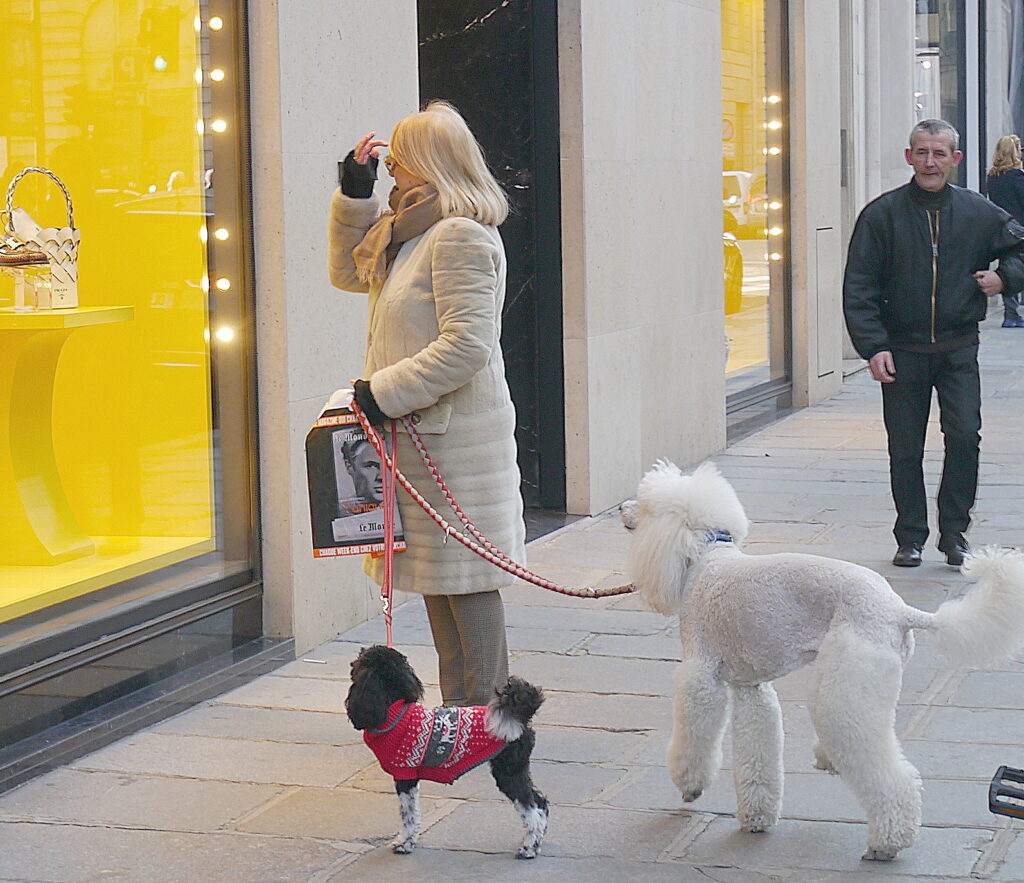 Of all the mellifluous words in the French language, none has a better ring than ‶Soldes.″ Usually written in all capital letters, it's the term for the twice-annual sales in Paris. We don't really know why the government regulates markdown seasons. But whatever the reason, the winter and summer sales are a real boon for travelers who want to score a bargain and bring home a little memento of Paris style. This year, winter sales took place January 8 to February 4. (Summer sales will be June 24 to July 21.) When we arrived in the City of Light during the third week of January, SOLDES signs were everywhere. We had admittedly missed out on the frenzy of the opening days when the sales racks...Read More 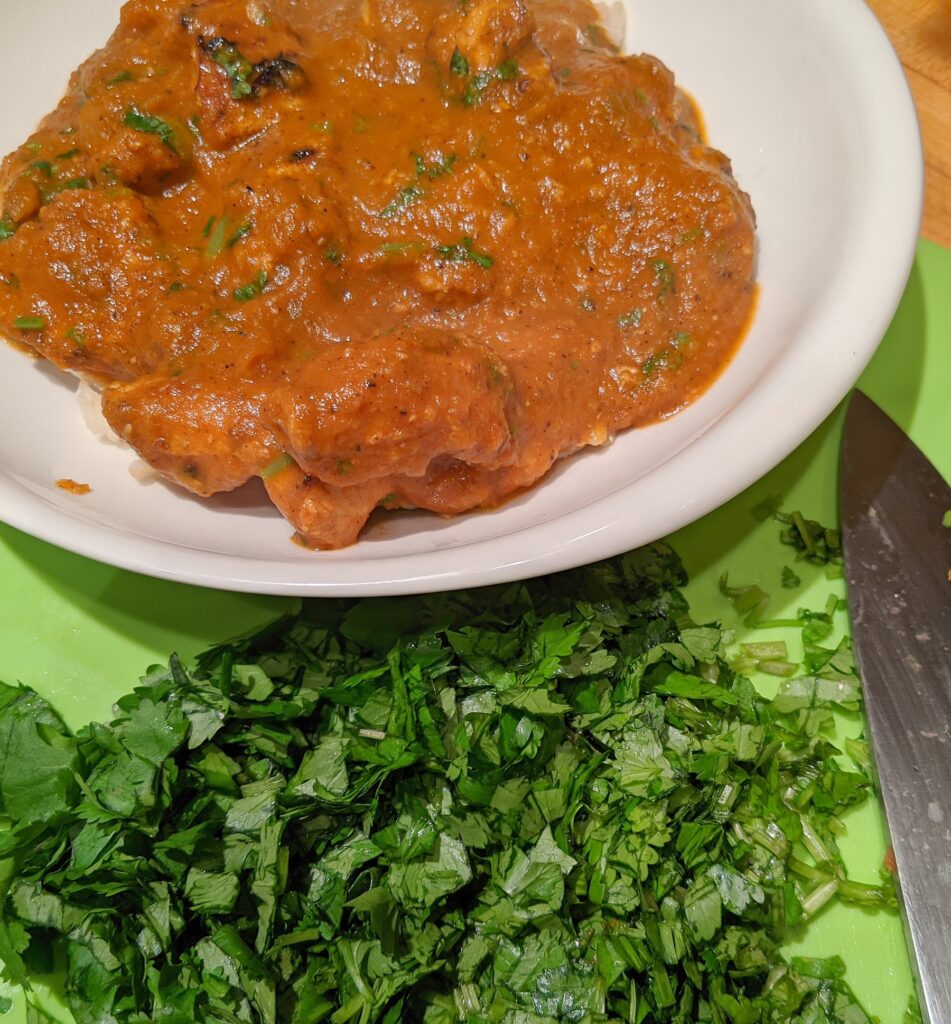 Between the ubiquitous Gordon Ramsey and ‶The Great British Baking Show″ on PBS, the long-battered reputation of British food is enjoying something of a rehabilitation. Moreover, the LEON restaurants, which launched in London in 2004, inoculated British cuisine with the idea that healthy eating and fast food were not necessarily mutually exclusive. The chain spread its gospel of ‶Naturally Fast Food″ to Washington, D.C., in 2018 and has started building more in the capital region. By our count, LEON Happy Curries (Octopus Publishing, London, $19.99) is the eighth cookbook in the LEON series showing how to replicate the restaurant's dishes and philosophy at home. But this book is a little different than the earlier ones. It represents the magnificent fusion of a homely European cuisine...Read More 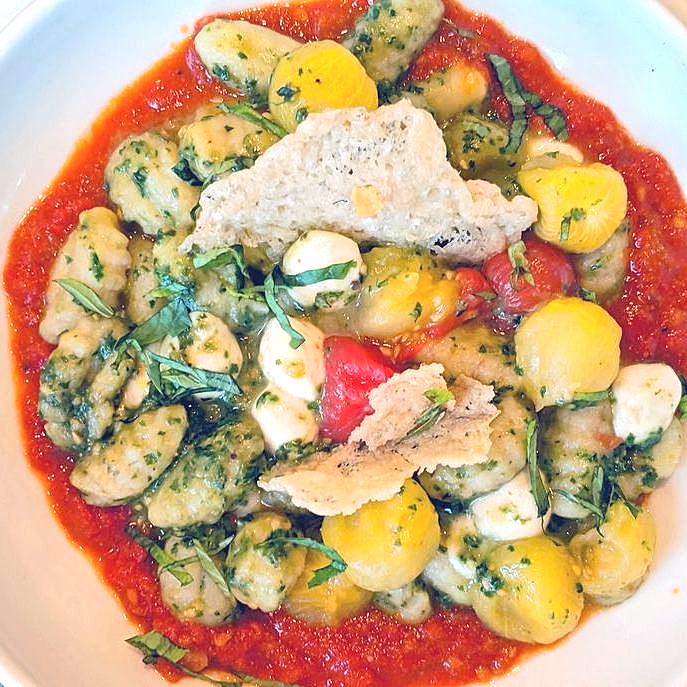 This time of year we really start pining for summer tomatoes. Even the best hothouse tomatoes don't measure up. They're not as sweet or as acid and even the ripe ones are usually far too firm. Mind you, we always have some homemade marinara sauce in the pantry, but cooked sauces are no substitute for fresh vegetables. We've tried using any number of U.S. canned tomato products, and they too fall short. But the same isn't true for certain European canned tomatoes—especially those grown and packed in Italy. And, more to the point, those grown and packed in southern Italy and packed without added calcium chloride or preservatives. This may not be immediately obvious, since the front of the labels don't carry the European geographical...Read More