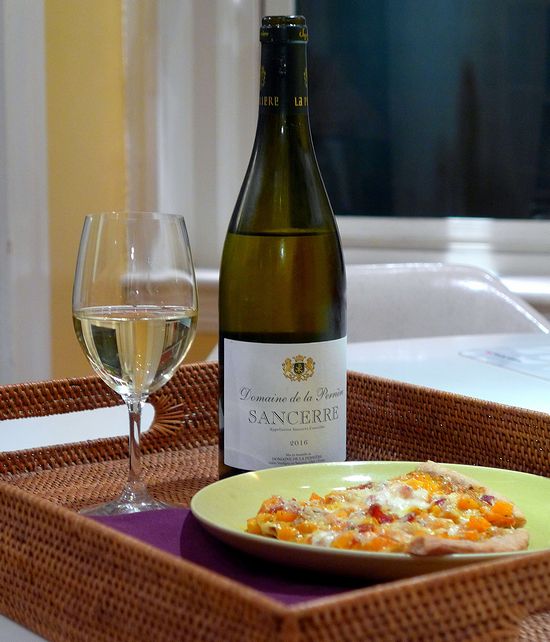 We have to admit that we prefer good Sancerre to the New World versions of Sauvignon Blanc—even the highly touted wines from New Zealand. The French take on the grape drinks well with cold-weather dishes. So when we pondered a pizza pairing for one of our favorite Sancerres, we remembered a hearty risotto. We often make a risotto with saffron and onion broth that is studded with bits of bacon, roasted butternut squash, and grated Parmigiano-Reggiano. It's perfect with a zingy Sauvignon Blanc. Surely those flavors could be adapted to a pizza. The Wine: Domaine de la Perrière Sancerre 2016 The pairing was perfect. This Sancerre is fermented cold with wild yeasts and ages on the lees about three months. The yeast notes from the...Read More 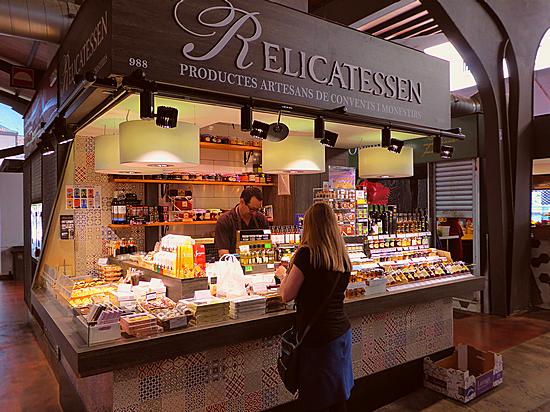 Relicatessen in Barcelona solved a problem for us. When we're in Spain for any extended period, we enjoy seeking out the cookies, sweets, and other foodstuffs from the country's 38 monasteries and convents that make products for sale. Often that means placing money on a revolving window (called a retorno) and getting a box of cookies, a jar of jam, or a pot of honey in return. But we're not always in a town with a cloistered order that makes products for sale. Thank god (so to speak) that Francisco Vera opened Relicatessen (www.relicatessen.com) three years ago in stall 988 in the Mercat Sant Josep, better known as La Boqueria. Located right on La Rambla in a Modernista-style iron frame shed, the Boqueria is one...Read More
When Mimi Sheraton published 1,000 Foods to Eat Before You Die: A Food Lover's Life List (Workman, $24.95) late last year, she probably had much the same experience as Tom Sawyer did when he hid in the rafters at his own funeral. Not that she didn't deserve the praise, but she was variously lauded as the second coming of Brillat-Savarin, M.F.K. Fisher, and Julia Child, and every restaurateur to whom she ever gave a well-considered review hastened to return the favor. Mimi Sheraton earned all those accolades long before she wrote this book. 1,000 Foods really is something of a masterpiece, but we'd liken it more to Remembrance of Things Past than to any more analytical tome. It is a memoir of tastes enjoyed, repeatedly...Read More
Last year for the holiday season we made saffron shortbread cookies, and we were feeling bad that we didn't have a new holiday cookie this year. We got to thinking about winter sweets and some of our all-time favorite flavors, and the two sort of came together. Some of the quintessential tastes of Spain are almonds, saffron, and bitter oranges. Why not adapt our standard linzer tart recipe to reflect that different range of flavors? Instead of hazelnuts in the dough, we could use almonds. Instead of vanilla, we could use saffron. And in place of raspberry jam, we could use Seville orange marmalade. (OK, we know that the marmalade is more a Scottish than Spanish flavor, but it does use the bitter oranges of...Read More 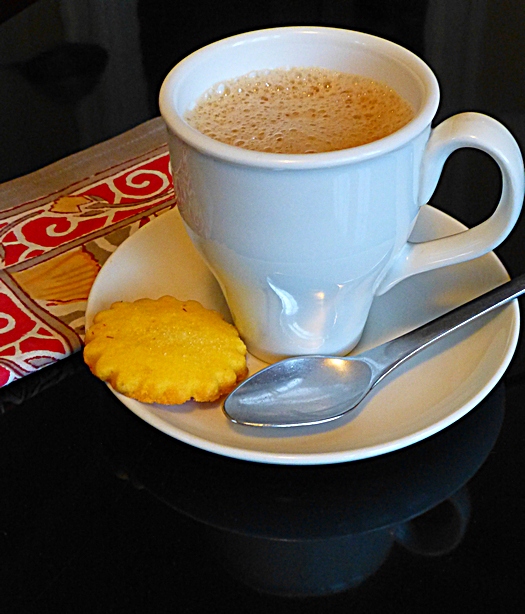 Peggy Regan of Salon de Té le Gryphon D'Or (www.gryphondor.com) in Montreal is the absolute mistress of shortbread, which you can enjoy at her tea room or order through the mail. When she gave us a shortbread recipe for Food Lovers' Guide to Montreal (see SOME BOOKS), she casually mentioned how the recipe could be adapted to add other flavors. She had in mind flavors like maple and almond. We happen to love shortbread cookies as an accompaniment to Spanish sparkling wine, or cava. So we wondered how another signature Spanish flavor -- saffron -- might taste in shortbread. Since we travel often to Spain, we tend to buy saffron when we come across a good deal or when we're in Consuegra, the premier saffron...Read More

The Camino de Santiago runs through Portugal as we