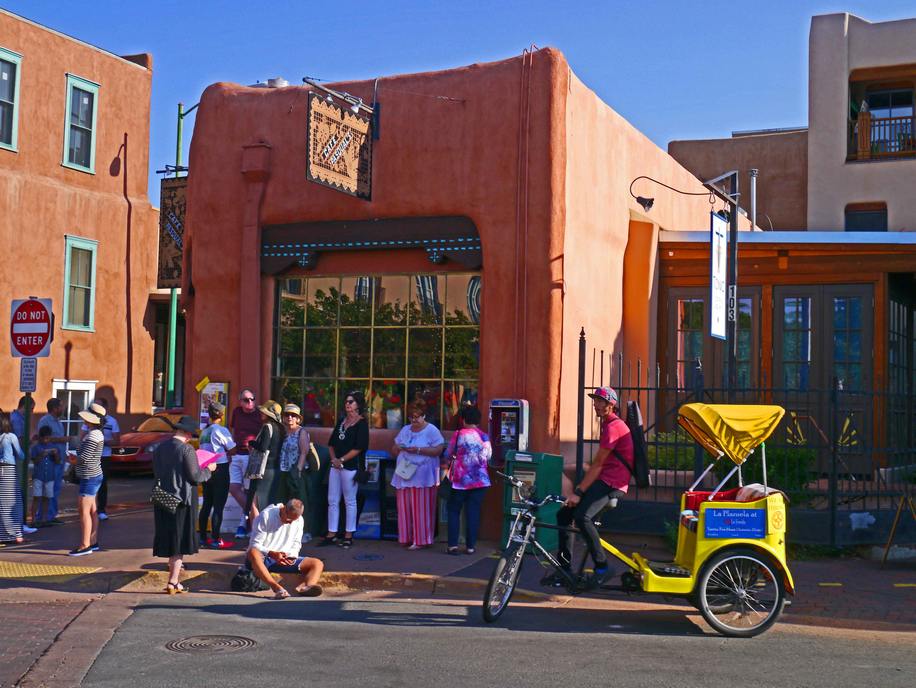 There's a tradition in the pantheon of Catholic saints to consider San Pasqual as the patron saint of cooks and kitchens. Paschal Baylón was a late 16th century Spanish lay Franciscan brother who was known for adding vegetables, meat, and pieces of bread to the thin broth given to the poor. Cafe Pasqual's (121 Don Gaspar Ave., 505-983-9340, pasquals.com) has been dishing out three meals a day since 1979. Founder and executive chef Katharine Kagel, originally from Berkeley, California, has kept up the charitable heritage. She helped create Santa Fe's food bank and co-chairs the capital campaign for Kitchen Angels, the group that provides free hot meals delivered to Santa Fe's homebound. In 1999, just the second year of awarding America's Classics awards, the James...Read More
As wine and Champagne flowed throughout the weekend of the Lexus Gran Fondo, summer cocktails on the lawns stole the spotlight. For the opening night lawn picnic, the Chatham Bars Inn concocted a pair of perfect summer drinks. The flute (above) contains a Beach Plum Royale. Ingredients include orange simple syrup and a dose of beach plum liqueur. The hotel staff makes the liqueur when beach plums are in season, They lay down the liqueur to age and use it throughout the year. A generous pour of Veuve Clicquot Brut tops the glass. Bubbles buoy up a thin rim of orange peel, keeping it in suspension halfway up the glass. The deep goblet holds a spectacular ginger-infused version of Sangría. Lillet Rosé forms the base....Read More
New York-born chef Lee Anne Wong cooked in restaurants around the world before settling on Oahu and opening Koko Head Cafe in Honolulu's Kaimuki neighborhood in 2014 (1145c 12th Ave, Honolulu; 808-732-8920, kokoheadcafe.com). She may have been a newcomer, but she had an unerring sense of what people would want to eat when they gather for brunch in this very Hawaiian take on a modern diner, right down to the varnished plywood counter and orange vinyl banquettes. She also seems to belong to the school that holds that brunch really should hold you all day. Wong's inventive dishes range from kimchi bacon cheddar scones to a hearty congee with bacon, ham, Portuguese sausage, cheddar cheese, scallions, and cinnamon-bacon croutons. But I was most taken with...Read More
Susur Lee was always my favorite contestant on season two of Top Chef Masters, but it took a while until I got to eat his food instead of watching him make it on TV. This year I finally made it to his jewel box contemporary Chinese restaurant, Luckee, at the Soho Metropolitan Hotel (328 Wellington St. W; 416-935-0400, luckeerestaurant.com). This polished restaurant serves some of the best meals in an already food-obsessed city. Much more than a gastronomic shrine directed by a celebrity chef, it's flat-out good fun. I'm not the only one who thinks so. On my last visit Will Smith was in town shooting yet another movie where Toronto stands in as a generic North American city. He and his entourage took over...Read More
Coming from Cambridge, Massachusetts, we felt right at home when we spent our last few nights in Dublin at The Marker Hotel, which sits on Grand Canal next to the architectural landmark Bord Gais Energy Theatre. (That's the hotel on the right and the theater on the left in the above photo.) This corner of Dublin is known as the Silicon Docks, thanks to the presence of Google, Facebook, Yahoo, PayPal, Etsy, Eventbrite, and others. For those who know Cambridge, the Silicon Docks might as well be Kendall Square minus the robotics firms. It's a stunningly modern part of Dublin, as this night shot of the Samuel Beckett Bridge suggests. (Santiago Calatrava's design is often likened to an Irish harp, but we think it looks...Read More
As we suggested in the La Gloria post that started this San Antonio series back in June, chef Johnny Hernandez has been helping San Antonio reclaim the Mexican side of its culinary heritage. Easy-going venues like La Gloria and The Frutería focus on the simplest of Mexican food — street food, really — but at his special events venue Casa Hernán, Johnny gets into some of the more complex traditions. [caption id="attachment_2542" align="alignleft" width="350"] Brunch at Casa Hernán[/caption] Hernandez does a grand Sunday brunch about once a month at Casa Hernán, sometimes featuring barbacoa in the South Texas/northern Mexican tradition. In some parts of interior Mexico, cooks will roast an entire animal in a pit, usually a lamb. In northern Mexico, barbacoa usually signifies a...Read More