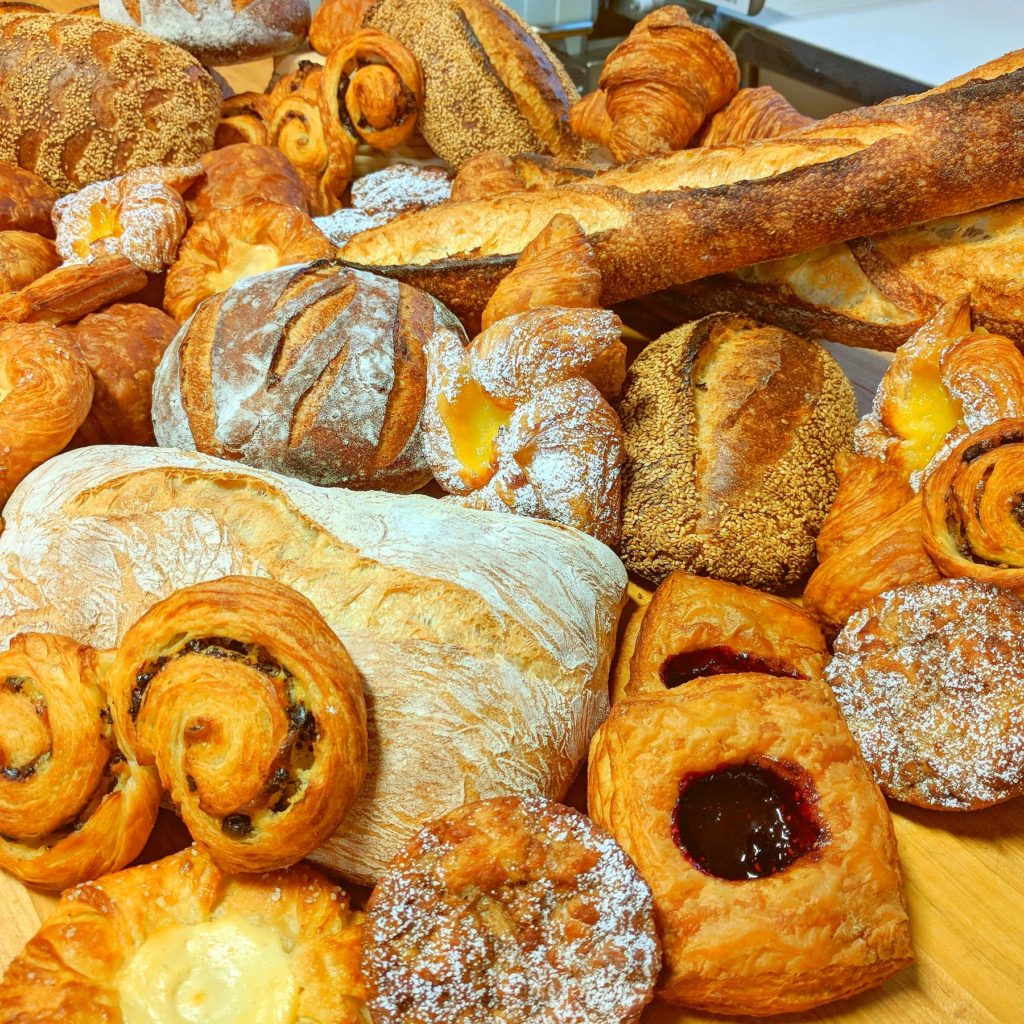 Ryan Morgan is not a man you can easily forget. Neither is the bread that he creates at Sixteen Bricks Bakery (sixteenbricks.com). We'd been eating our way around Cincinnati for a couple of days before we had the chance to tour the bakery that supplies bread to many of the city's restaurants—both casual and high end—that insist on a high-quality product. Morgan revels in his role as the most unlikely of bakers. He left a career as a mechanic making medical equipment at Johnson & Johnson to help his mother in her struggling bakery. Not one to pull any punches, Morgan told us that the bakery turned out “some of the most garbage bread.” He shakes his head at the memory. “I don't know why...Read More 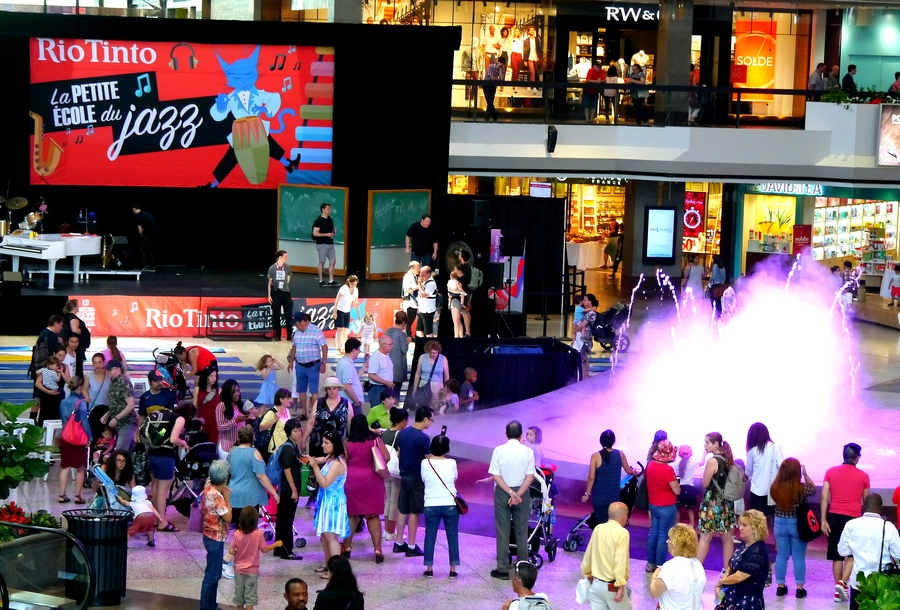 No one needs to go hungry or thirsty during the Festival International de Jazz de Montreal. Lots of festival food vendors are posted throughout the pedestrianized areas within the Quartiers des Spectacles. The kiosks scattered throughout the plazas between stages have plenty of pulled pork, pizza, poutine, giant hot dogs, beaver tails, ice cream, beer, and wine for sale. But sometimes it pays to look beyond the obvious and duck indoors to find some less predictable food. The Complex Desjardins is located on rue Ste-Catherine right in front of the Rio Tinto stage and across the street from MAC, the Musée d'Art Contemporain. The stage inside Desjardins is oriented to music for youngsters at 11 a.m. and 1:30 p.m. College musicians perform at 5 p.m....Read More 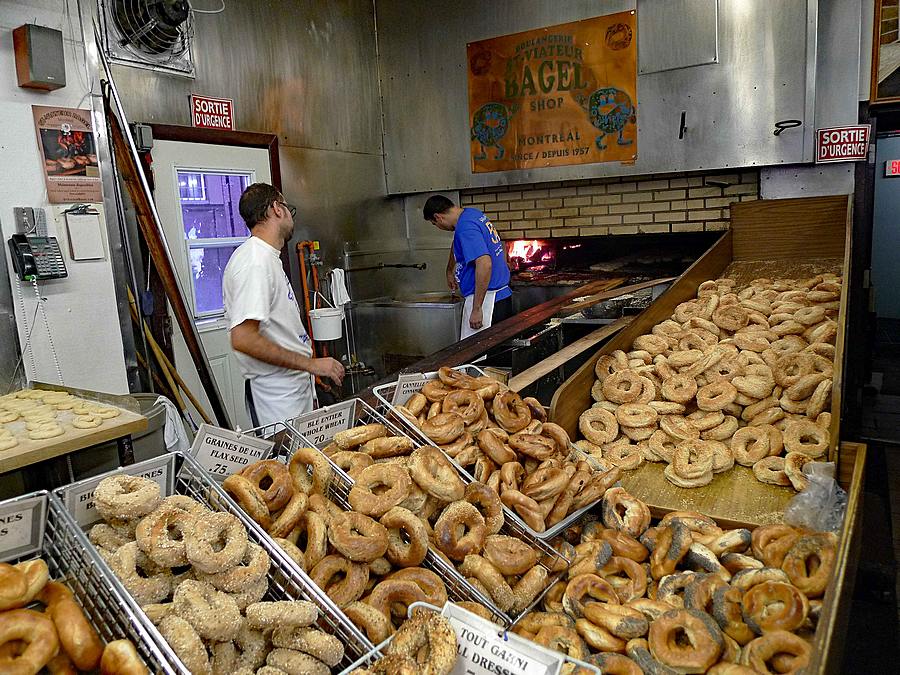 Sometimes we pine for the old days of Montreal tribalism. Living on Le Plateau meant you spoke French at home and ate feves au lard every Saturday night. Growing up in Mile End meant you spoke English at home (with maybe a little Yiddish) and were by birth an expert on bagels. Mind you, the two neighborhoods are so close that Montreal Tourism lumps them together. Mile End extends east from Parc Mont-Royal to boulevard Saint-Laurent, and north from boulevard Saint-Joseph to the railroad tracks. Through most of the twentieth century, it was home to aspiring immigrants, including many Central and Eastern European Jews immortalized in the novels of native son Mordecai Richler (The Apprenticeship of Duddy Kravitz). Nowadays, it's pretty cosmopolitan, filled with good...Read More 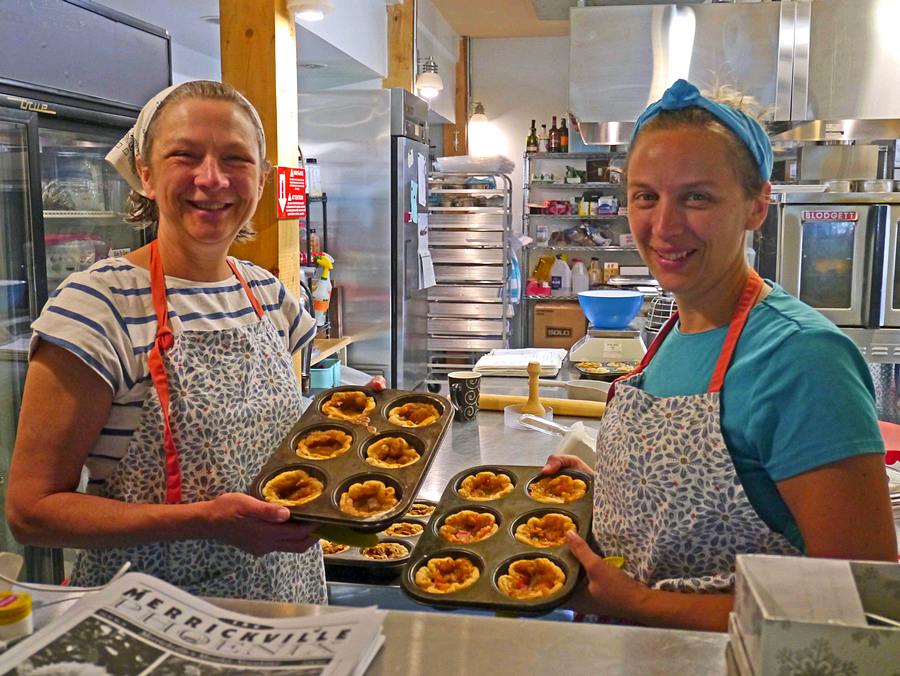 We're just back from a few days of boating on the Rideau Canal in Ontario aboard one of the new cruisers offered by Le Boat (www.leboat.com). Stops on the waterway are at villages where the men and women of Parks Canada operate the mostly hand-cranked 19th century locks so boats can pass. We spent a couple of days docked next to the locks at Merrickville, a town that couldn't have been cuter if Disney had invented it (and wouldn't be so historic if Disney had). Several people had told us that we really shouldn't miss the butter tarts at Nana B's (318 Main Street West, Merrickville, ON; 613-454-1380; www.nanabbakery.ca). When we walked up to the bakery from the village center on a Sunday afternoon, Nana...Read More 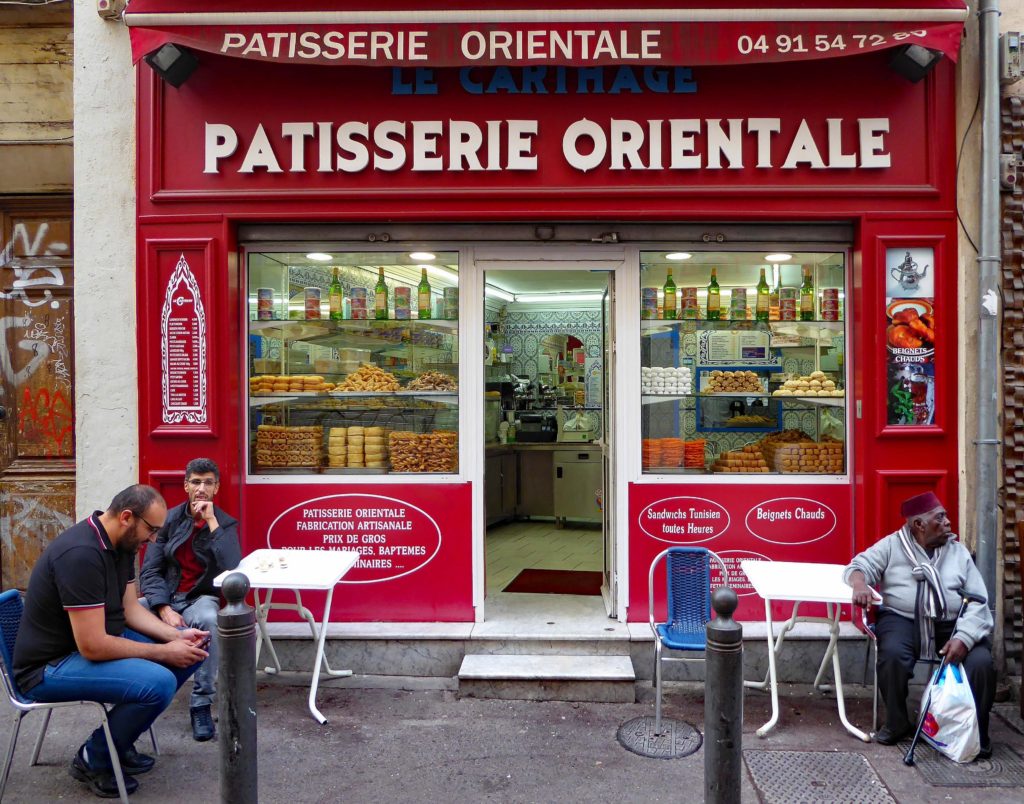 If we were placed blindfolded on bustling rue d'Aubagne, the scents of ginger, cumin, and mint and the liquid sounds of Arabic spoken around us would convince us that we were in a North African kasbah instead of the streets of France's second-largest city. That cosmopolitan worldliness is part of the allure of Marseille. It is a global city in the midst of the region that gave “provincial” its name—Provence. To locate an immigrant culture in any city, we always look for the food market. The main thoroughfare of Le Canebière assumes a North African accent a few blocks uphill from the Vieux Port. A jog east onto rue d'Aubagne suddenly immersed us in the immigrant district. A few streets up, a jumble of carts...Read More 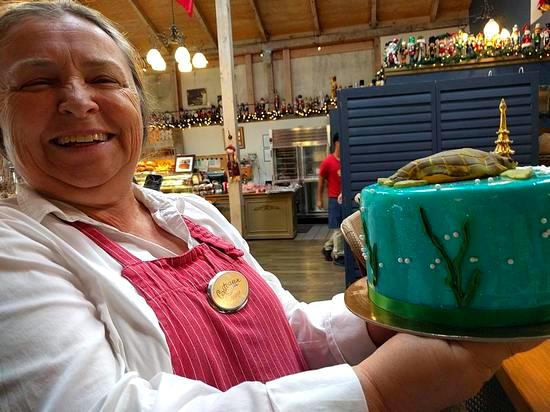 The most famous of Persian poet Omar Khayyam's quatrains suggests that “paradise enough” consists of a loaf of bread, a jug of wine, and his beloved beside him in the wilderness. Healdsburg has dozens of potential wine suppliers to the paradise picnic, but the loaf have to come from Costeaux French Bakery (417 Healdsburg Ave., Healdsburg, 707-433-1913, costeaux.com). We were already well-acquainted with Costeaux's breads before we ever stepped foot in the downtown bakery and cafe. Honor Mansion makes most of its breakfast goodies from scratch, but there's no homecooked substitute for the Cinnamon Walnut loaf from Costeaux. (We know. We tried and failed to get the recipe.) It's a hand-rolled eggy bread dense with chopped walnuts and aromatic cinnamon. Sweet icing glazes the top...Read More
Whenever we travel in Ireland, Pat's mother always requests that we bring her home some soda bread farls. Now in her 90s, she still remembers her own mother, a native of County Armagh, cooking the four triangular pieces on a hot griddle. For us, it's a good request since it guarantees that we seek out a homey traditional bakery. In Belfast, that was Jeffers Home Bakery (4-6 College Street, 028 9032 7157, www.jeffersbakery.co.uk), right across the street from Sawers in the downtown shopping district. The operation started small in East Belfast when William Jeffers bought a van in 1937 and began delivering bread from Thompson's Bakery. By 1950 he had purchased the first bakery of his own and the little business began to grow. Andrew...Read More
Toronto is like the grandmother who always wants to feed you. In fact, banners hanging from Old Town light poles actually exhort visitors to bring their appetites. After a whirlwind visit to Canada's biggest city just before Canadian Thanksgiving, we have to conclude that Toronto is a good place to “come on an empty stomach.” Torontonians have cultivated a sophisticated contemporary gastronomic scene that draws on foodways from all over Europe and Asia. Great little ethnic restaurants dot the streets of the neighborhoods. At the same time, many of the best restaurants feature market-driven contemporary cuisine that showcases the best products from Canadian farms and orchards. Historic market continues to thrive Toronto has had a permanent central food market since 1830—four years before the town...Read More
If Kitchen 324 were in Paris, it would be a patisserie. Sweet-shop bakeries in the City of Lights often offer some of the best deals on breakfast, lunch, and even supper at a counter. (Quiche and salad can cost less than a drink at an outdoor cafe.) Kitchen 324, of course, is emphatically American. What else could you call the fried green tomato Benedict shown above? (Well, you could call it Southern, we suppose.) The snazzy room in the classic 1923 limestone and brick Braniff building in downtown OKC has the bright white and stainless look that practically screams “clean!” (Yes, it was the headquarters of Braniff Airways, the airline that once linked the Midwest and Southwest to Latin America.) Its central location makes it...Read More
Hollywood met the High Plains in Oklahoma City as early as 1907. By the 1960s, literally hundreds of film exchanges operated in OKC as distribution points for almost every film studio in the U.S. Films fanned out to 37 cities from Film Row, until changes in movie technology changed the means of distribution. The heart of the current Film Row (www.filmrowokc.com) is the corner of Sheridan and Lee Avenues. Many old buildings remain, complete with ghost paintings of their studio names. The neighborhood has begun to emerge as a center for arts, entertainment, and dining. A concert venue/dance club is rising behind the 21c Museum Hotel. Meanwhile, there's plenty to entice, ranging from the main gallery of Individual Artists of Oklahoma (www.iaogallery.org) to the quirky...Read More