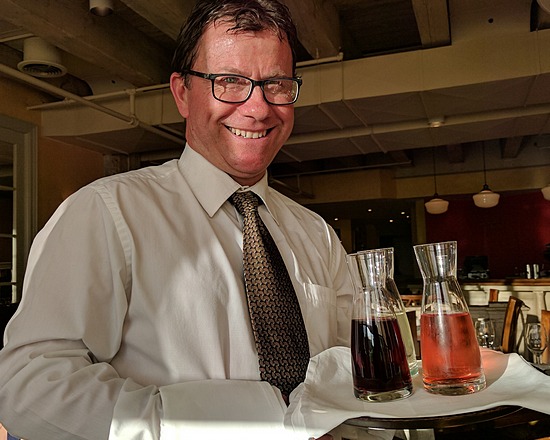 Jordan Village compresses the Niagara Peninsula experience into a single stop. In just one kilometer along Nineteenth Street, the downtown packs in lodgings with character, a bakery, restaurants, a tavern, and just enough boutique shopping to stave off retail withdrawal. This being Niagara, there is, of course, also a winery. Cave Spring Cellars (cavespring.ca), in fact, is the centerpiece of the community. The Pennachetti family began buying land on the Beamsville Bench in the early 1970s and by the end of the decade, they had become visionary viticulturalists. Conventional wisdom held that only the area around Niagara-on-the-Lake was warm enough for European wine grapes to thrive, but the Pennachettis began growing Riesling and Chardonnay with considerable success. In 1986, Len Pennachetti and family members joined...Read More
Natalie's co-chef Shelby Stevens is a Mainer, but she's not from lobster country. She grew up in Farmington, an inland town where mountain timber meets upcountry lakes. But perched on the hillside over picturesque Camden harbor, Natalie's occupies a prominent spot on the Times Square of Lobster Land. Roughly half of the state's annual lobster catch—130 million pounds in 2016—is landed at Penobscot Bay ports. Stevens and her husband, co-chef Chris Long (pictured above in their official portrait), naturally developed an extensive repertoire of lobster fine-dining dishes to wow the guests at the tony Camden Harbour Inn (camdenharbourinn.com). When the crustacean is in season, Natalie's offers a five-course tasting menu of four lobster dishes and a dessert as one of its menu options. When we...Read More
The Lincoln Inn in Woodstock is among the most European of the little inns in Vermont, and not just because chef Jevgenija Saromova hails from Latvia. She and innkeeper partner Mara Mehlman describe the property as a “restaurant with rooms.” That's a model common in the European countryside, and often signals great dining. Think, for example, of Maison Troisgros, one of the pioneers of modern French cuisine. Woodstock isn't Roanne, of course, and Jevgenija Saromova (or Chef Saromova, as she prefers) isn't Jean or Pierre Troisgros. Not yet, anyway. But she has impressive classical culinary credentials and a personal style unique in northern New England. She worked in top restaurants in Italy, France, and England before joining Mehlman in Vermont. The two women have applied...Read More
One of the great things about the Hawaii Food & Wine Festival is that the schedule allows plenty of free time to check out the rest of the local food scene. I was particularly curious about Kaimuki, a residential neighborhood north of Diamond Head and about two miles east of Waikiki Beach. Waialae Avenue and its side streets are full of a tantalizing mix of Chinese, Korean, Japanese, and Thai restaurants that provide the Asian zing to Hawaii, as well as a great ice cream shop Via Gelato (1142 12th Avenue, 808-732-2800, www.viagelatohawaii.com) that makes such fabulous flavors as green tea chocolate chip, black sesame, lilikoi, and guava. Two chefs have made the greatest impact in turning the neighborhood into a dining destination. Ed Kenney...Read More
Of all the culinary students assisting guest chefs at the Chopstix & Cocktails event of the Hawaii Food & Wine Festival, those assigned to Bill Corbett certainly seemed to be having the most fun sampling dishes from the different tables (above). The whimsy wasn't lost on guest chef Corbett himself. Named one of the Top 10 Pastry Chefs in America by Dessert Professional Magazine in 2013, Corbett is currently executive pastry chef for the Absinthe Group of restaurants in San Francisco. He turned a savory dish into a sweet by creating a Beet Cake with Fromage Blanc Frosting. “It's kind of a joke,” he told me. “At one time everyone in the Bay Area had the same beet salad on the menu: beets, goat cheese,...Read More