Skip to content
Bayside Food Store (242-323-2911) is located on Frederick Street, just steps from the souvenir shops and high-end jewelry stores on Bay Street. It's the largest supermarket in downtown Nassau. Locals stream in to pick up take-away lunches and shop for the fixings for dinner. The store has a few shelves devoted to products that represent the taste of the islands. For visitors who have come to love Bahamian hot spices and sweet tropical fruits, it's a good place to purchase a few items to bring back home. Best of all, most of the products are seasonings that pump up the flavors of a dish without a lot of effort by the cook. A couple of local companies offer a broad array of products. D'Vanya's Spices...Read More
Houses lead big lives in the Bahamas. Graycliff (www.graycliff.com), for example, was built in Nassau in 1740 by notorious pirate John Howard Graysmith. During the American Revolution, the U.S. Navy used the house for its headquarters and garrison. In 1844, Graycliff became Nassau's first inn. Over the years, it's been owned by British nobility and by a woman close to gangster Al Capone. Its latest chapter began in 1973 when the Garzaroli family from Italy purchased the property. Today, visitors can spend the night in one of 18 guest rooms decorated in old world style. They can also watch master cigar rollers from Cuba or buy sweet confections at the on-site chocolatier. Those who choose to dine in the sunlit dining rooms can also tour...Read More 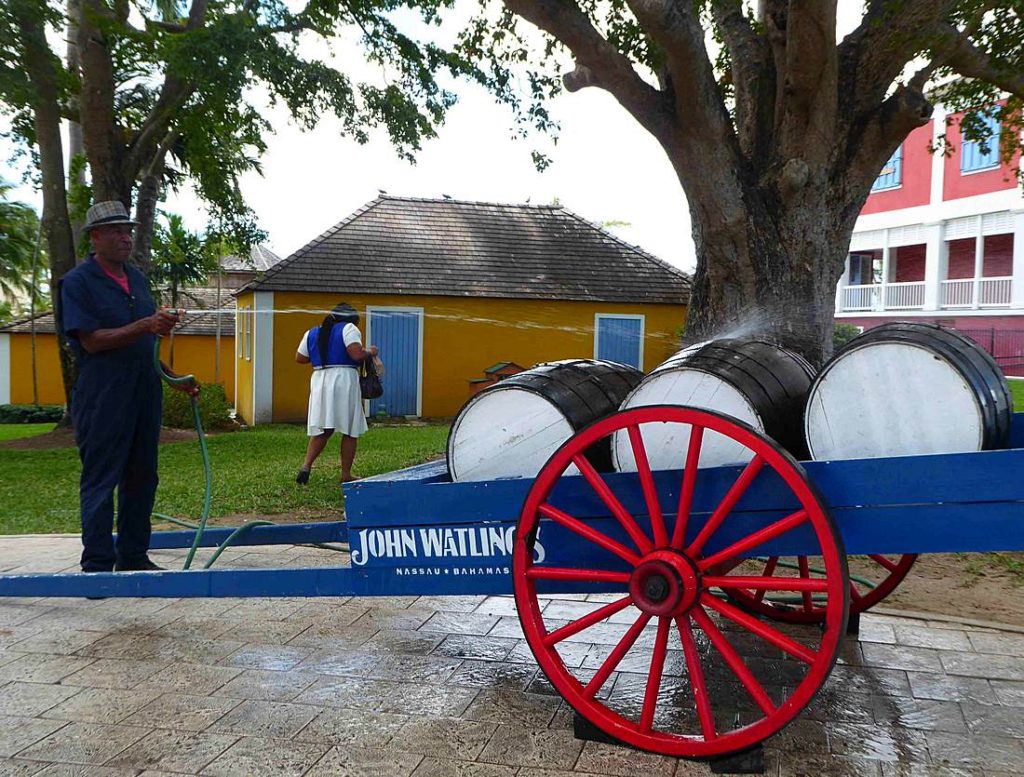 Pepin Argamasilla, co-owner of John Watling's Distillery (johnwatlings.com), comes from a family of Canadian master blenders. Yet he has his own unique way of testing each product. “I call it the hangover test,” he says. “I drink a 250 ml. bottle and see if I wake up with a hangover. I do it with everything I launch.” Argamasilla (right) and his partners opened John Watling's Distillery in 2013 to draw on their expertise from big manufacturing to create a micro-distillery with a true Bahamian spirit. They named their operation after the colorful 17th century pirate John Watling, whose treasure may still be buried on the Bahamian island of San Salvador. And they based their operation in the storied Buena Vista estate in downtown Nassau. The...Read More