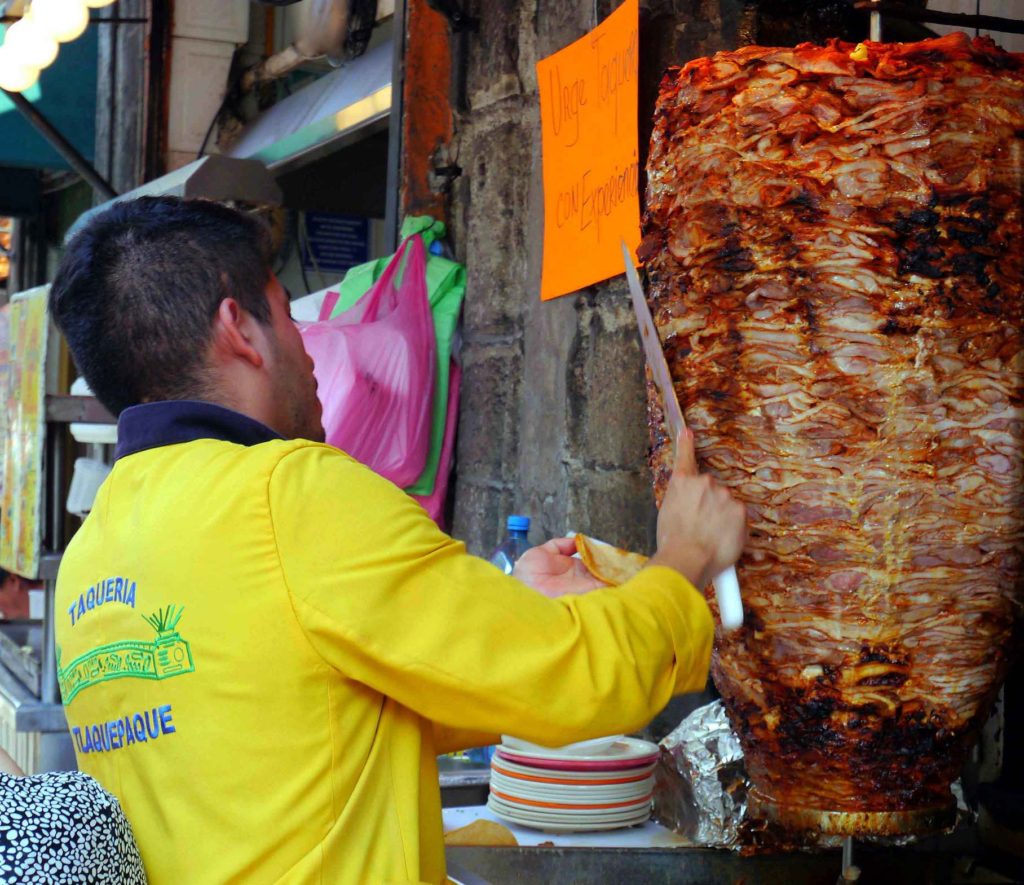 We're fascinated by the origin stories of street food. The tale behind the ubiquitous tacos al pastor (ubiquitous in Mexico City anyway) sounds suspiciously like a lot of best guesses. But it's logical to think that a popular food grilled on a rotating vertical spit just might have something to do with Lebanese immigrants to Mexico in the early 20th century. Even though it's pork, meat cooked “al pastor” certainly looks like lamb shawarma from the Near East. Mexico City's taco shops are having a moment—inventing new combos and flashier ways to serve them. But among old-fashioned taquerías, tacos al pastor still reign supreme. The rotating spit—usually placed out front or in a window—lures hungry diners with aromas of roasting pork, pineapple, and onion. Pile...Read More