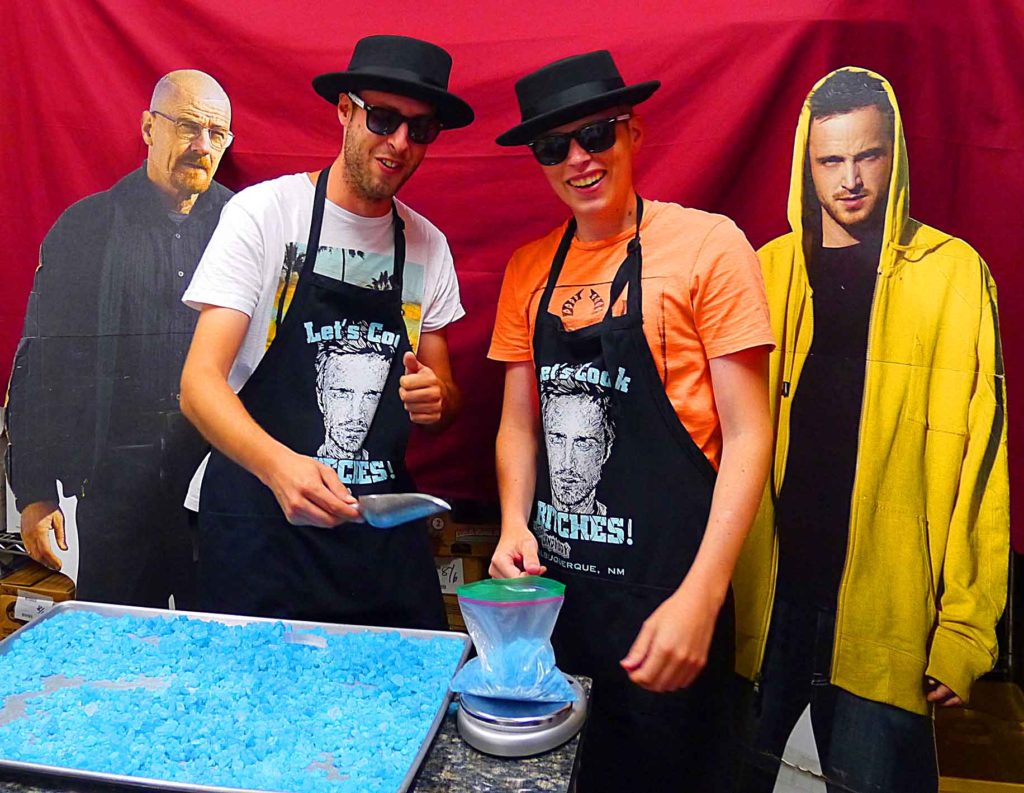 Debbie Ball created the bright blue crystal meth prop for the first two seasons of Breaking Bad. It's quite a badge of honor in a city that's obsessed with the AMC cult series that went off the air in 2013 but lives forever in online streaming. Fans still flock to the Candy Lady (424 San Felipe NW, Albuquerque, www.CandyLady.com), her jam-packed shop in Albuquerque's Old Town, to pick up 100 gram packages of Breaking Bad Candy for the folks back home. Most can't resist heading to a back room where cardboard cutouts of Walt and Jesse stand behind a table of blue crystals. Fans can slip on black sunglasses and black pork pie hats—the basic Heisenberg identity—and pose for pictures scooping said crystals into plastic...Read More