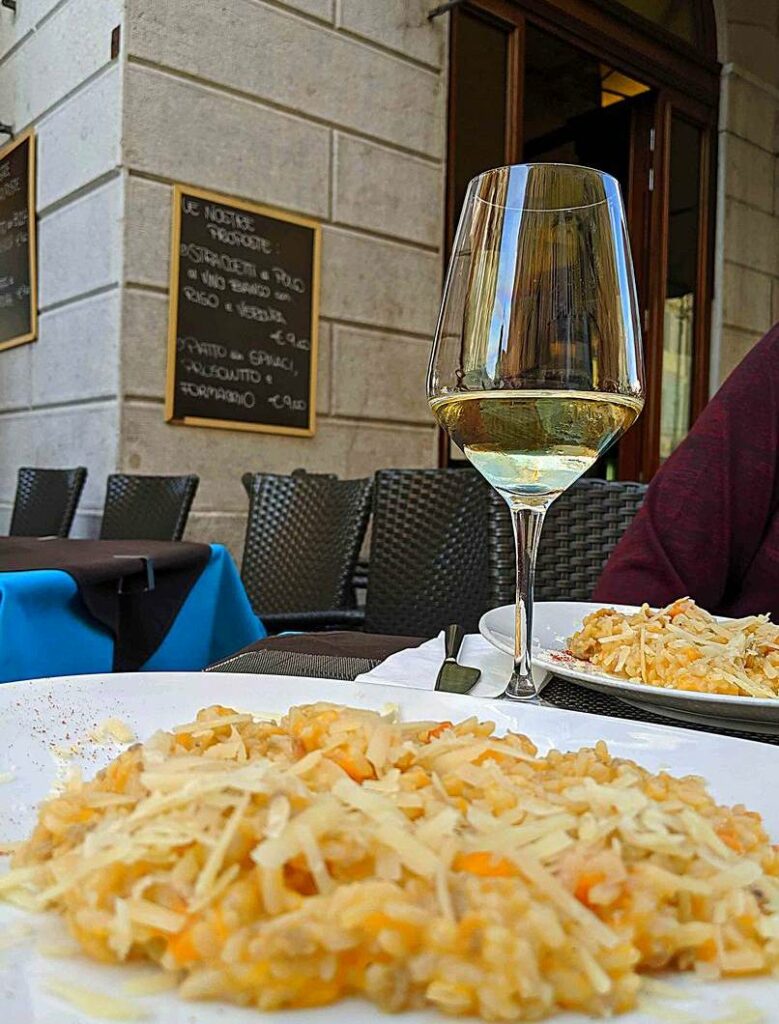 Certain dishes taste their best in special surroundings—prosecco and potato chips on Venice's Piazza San Marco, for example. Our latest pairing of plate and place is pumpkin and sausage risotto on the glorious Piazza della Borsa in Trieste. In case you don't know the city, it's just barely in Italy, sitting on the Slovenian border a few kilometers from Croatia. In fact, it's only been Italian since 1919. For hundreds of years, it was the chief shipping port for the Austrian empire. Most significantly, it was the chief importer of coffee for all of Mitteleuropa. Without Trieste, there would be no such thing as “Vienna roast.” To this day, its citizens drink nearly twice as much coffee as the average Italian. But we digress. The...Read More