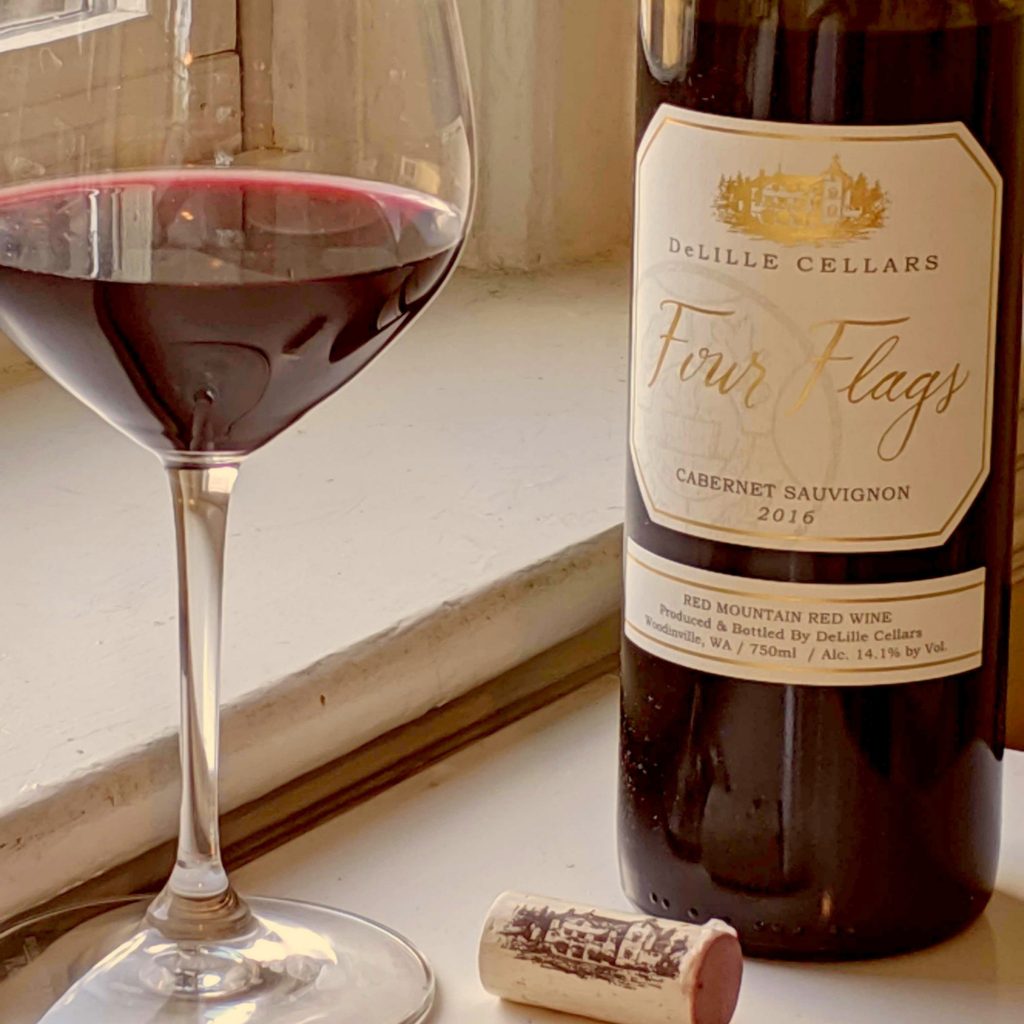 t's a complicated story, but Pat's former step-grandfather-in-law was a Frenchman who believed in drinking excellent wine with simple food. He was convinced that Châteauneuf-du-Pâpe elevated charcoal-grilled hot dogs to a gastronomic occasion. We carry on his vision in our household. We don't eat a lot of red meat—except in the summer, when a charcoal grill can make a hamburger the apotheosis of American cuisine. We enjoyed just such a burger in the backyard with a superb red wine—the 2016 Four Flags Cabernet from DeLille Cellars (14421 Woodinville-Redmond Rd. NE, Woodinville, WA; 425-877-9472; delillecellars.com). Founded in 1992, DeLille resides in the top echelon of Washington State wineries. By focusing on Cabernet Sauvignon from four old vineyards in the Red Mountain AVA (part of the Columbia...Read More