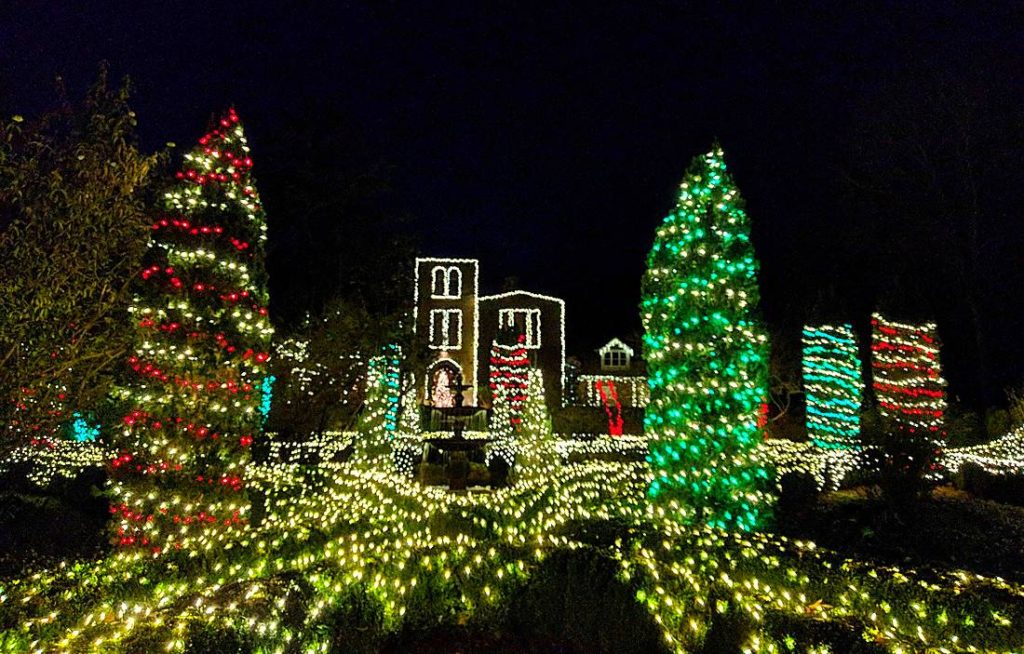 What's better than an atmospheric ruin with a romantic backstory? An atmospheric ruin with a romantic backstory festooned with holiday lights. That's exactly what I discovered at Barnsley Resort (597 Barnsley Gardens Road, Adairsville, Georgia, 877-773-2447, barnsleyresort.com), about 60 miles northwest of Atlanta. Godfrey Barnsley was only a teenager when he left England in 1824 to seek his fortune in the American South. He settled in Savannah and established himself in shipping and the cotton trade. In 1828, he married Julia Scarborough, the daughter of a wealthy merchant and shipbuilder. In the early 1840s, Barnsley purchased 4,000 acres of former Cherokee land in North Georgia. Because Julia suffered from a lung ailment, Godfrey wanted to build her a home in the more favorable upcountry climate....Read More