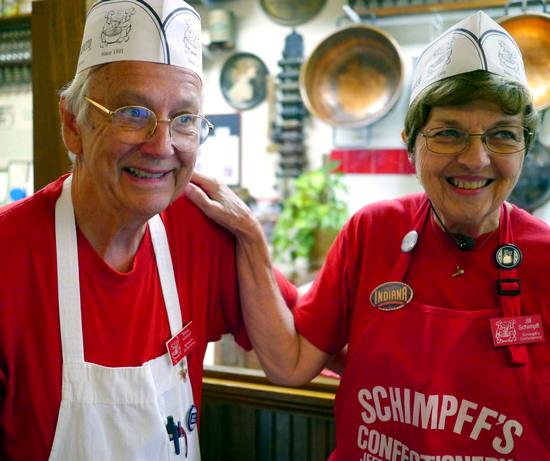 Jill and Warren Schimpff (above) could have been a comedy duo. Instead the husband and wife—married for 50 years—are the George Burns and Gracie Allen of candymaking. They are also the current proprietors of Schimpff's Confectionery (347 Spring Street, Jeffersonville, IN, 812-283-8367, schimpffs.com). Warren's great-grandfather opened the shop in 1891. Several additions later, it remains a fixture on Jeffersonville's main drag. It is also the self-proclaimed “oldest, continuously operated, family-owned candy business in the United States.” Building a business around the American sweet tooth is always a good bet. In the Schimpff's case, the confection that has sustained them through thick and thin is the simple cinnamon red hot. “We've been making them for 126 years,” Jill tells us when we arrive for a candymaking...Read More